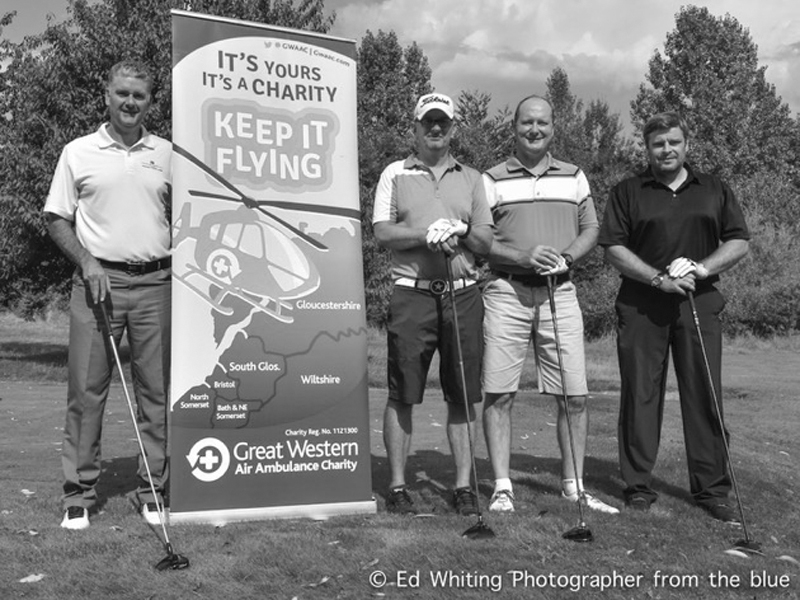 20 September 2016 By Grosvenor Consultancy No comments yet

“All in support of the Great Western Air Ambulance”

The day dawned with perfect golf weather; warm sunshine and clear skies. Our teams arrived dressed in short sleeves and looking forward to enjoying a glorious day on the greens. However, as the day progressed it soon became clear that the teams were going to be treated to all four seasons in one day, with rain, thunder and lightning all making an appearance. In fact, the weather turned so bad that for a short time, play was halted and all of the players had to vacate the course. Thanks to the quality of the course at Wrag Barn Golf Club in Highworth though, play was soon able to continue, and the water soaked away as quickly as it arrived.

Ian Young comments, “At Grosvenor, we always strive to do better each year with our fundraising and this year proved to be no exception. We set ourselves a target to beat last year’s total of £3,000, which we soon exceeded with the help of the generosity of everyone involved. In total we raised over £7,000 with a magnificent £1,500 coming from our charity auction which took place later that evening. We were fortunate to have some amazing prizes, including four balls at some of the South West’s premier golf clubs, a signed tour bag donated by David Howell and tickets to the Royal London One-Day Cricket Cup Final.” 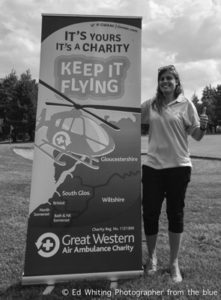 The Great Western Air Ambulance is one of a very few air ambulances who work to the “gold standard” Critical Care Model, which means rushing a Critical Care Paramedic and Critical Care Doctor (the majority of which are volunteers) to the scene. Essentially they are a flying Accident and Emergency Department, using advanced drugs and medical equipment at the scene to ensure the patient receives the best possible pre-hospital care. In order to keep the Charity flying, contributions and fundraising events are vital.

The teams were joined on the day by Ella Mayne from GWAAC who stated that, “it was great to see such a fabulous turnout with so many players all there to raise funds for the Great Western Air Ambulance. I was delighted to have the opportunity to meet some of them and to say thank you for putting on such an enjoyable event.”

Grosvenor are delighted to be raising money for the Great Western Air Ambulance Charity. To find out more please visit www.greatwesternairambulance.com 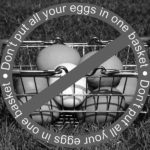 Why not having all your eggs in one basket makes sense – but not for the reason you think. 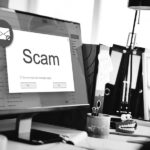